How Masakuni Regained His Sight

The following story by Richard Gordon Sith was published in his 1918 book ‘Ancient Tales and Folk-lore of Japan’. SOME seventy years ago there dwelt in Kyoto a celebrated swordmaker, a native of the province of Awa, in Tokushima. 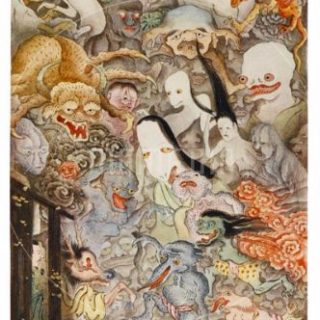 Shozenji Temple And The Procession Of Ghosts

In ‘Ancient Tales and Folk-lore of Japan’ (1918), Richard Gordon Smith gives the following account of the ghosts that are said to haunt Shozenji temple.  The temple once stood near Fushimi, which is one of the eleven wards in the city of Kyoto.

The current cement Gifu Castle was built in the 1950’s to replace the original which was destroyed when Japan was bombed during World War II. The original castle dated from around 1201 and may have been one of the locations where the following legend of the White Serpent God was set.

The Lady in the Mask

The story was all over the news. A beautiful young woman, married only a few months had been suffering terribly at the hands of her husband. He was an aggressive drunkard and during one of his fits of temper he had cut both of her cheeks, ear to ear, with a pair of scissors. 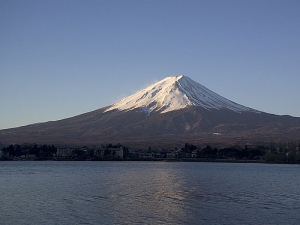 Mount Fuji is the highest mountain in Japan at 3776m (12388ft) and is one of the countries three Holy Mountains (the others being Mount Tate and Mount Haku).  It is thought that the first person to reach the top of the montain was an unknown monk in 663AD.

Aokigahara forest lies at the foot of Mount Fuji and is reputed to be one of the most haunted locations in Japan and is probably the second most popular place in the world to commit suicide after the Golden Gate Bridge in San Francisco. 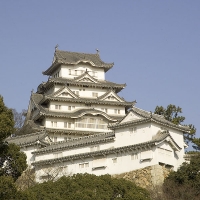 The haunting of Okiku’s Well at Himeji Castle is one of Japans most famous ghost stories and known as Nanshu Sara-Yashiki. However, over time the story has changed somewhat and even the location of the Well itself has been questioned.