IN the time of my grandmother, the farm of Delnabo was proportionally divided between three tenants. 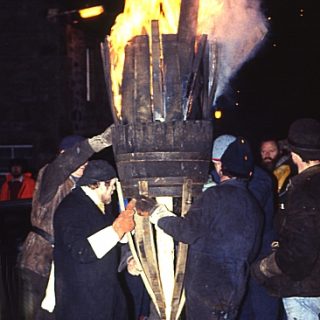 11th January -The Burning the Clavie is a celebration of the Old New Year from the Julian calendar. A large wooden fire brand made from a barrel called the Clavie, is set on fire and then smashed by the Clavie King. Pieces of the Clavie are kept for luck. The festival probably has very ancient origins. 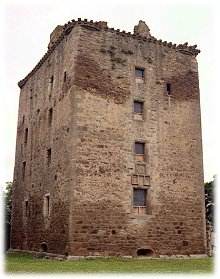 King Duff (930AD-966AD) was son of King Malcolm I and succeeded King Indulf to the throne of Alba (Scotland) in 962AD. Culen, son of Indulf attempted to take the throne in battle but failed. However King Duff fell ill shortly afterwards and in his weakened state could not govern the country properly and rebellions began to break out.