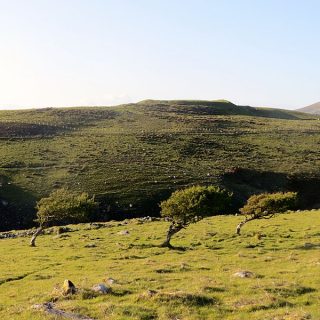 The remains of the prehistoric, Iron Age, Pen-y-Dinas hillfort stand on a prominent peak (230 metres high), overlooking the coastal plain of Dyffryn Ardudwy. Its shape is oval, following the shape of the hill that it stands upon, and it measures approximately 60 metres by 50 metres. The wall of the hillfort is better preserved on the west side, which is where the entrance to the fort used to be. 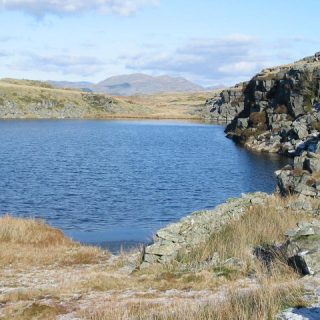 Gwern Einion is a representative cromlech, found on Gwern Einion Farm in the district of Llanfair, Meirionnydd. It has been damaged over the centuries, the burial chamber has historically been used as a shed, and the cairn has been robbed of its stone to build dry stone walls. It has actually been incorporated into a dry stone wall of the garden of a now derelict cottage on the farm. 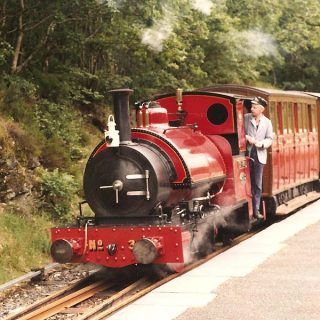