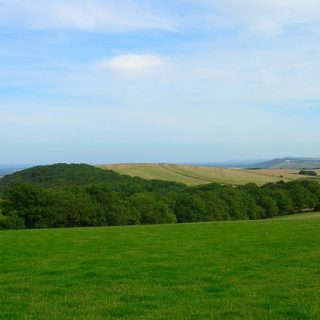 According to Sylvanus Urban’s ‘Gentleman’s Magazine and Historical Chronicle (1816)‘The old inhabitants of the place have a tradition now nearly lost that a large Dragon had its den on Bignor Hill and that marks of its folds were to be seen on the hill a relick of remote antiquity and of Celtic origin.’