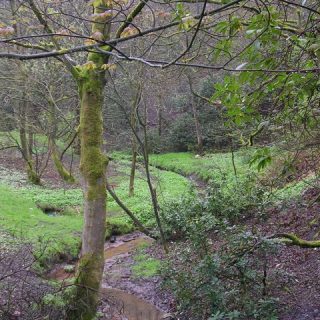 The clough was in former times, said to be haunted by a boggart, and there are a number of stories attached to it. Some of these tales probably became attached to the area after they had been written about other similar boggart infested places.