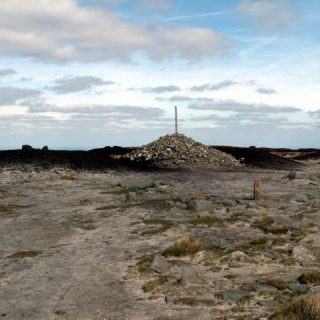 According to a local story (from the Saddleworth area) a patrol of Roman soldiers disappeared while crossing the desolate moors in the area around Bleaklow. They either became lost and died of exposure, or as my informant would have it, were ambushed by the local tribes and buried deep in some moorland bog, waiting to be found armour and all.