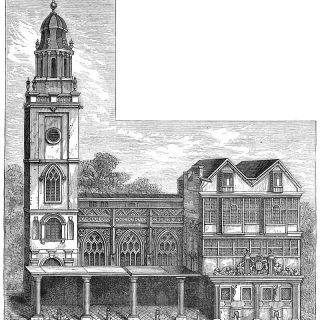 In 1846 the Bristol Times published the following story entitled ‘A Ghost at Bristol’ which concentrated on the vicarage of the Grade II listed All Saints Church, parts of which date back to the 12th Century. 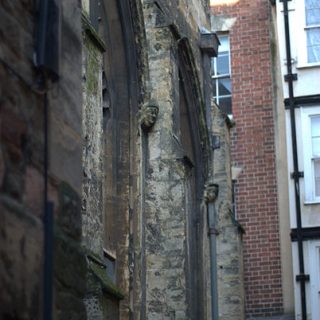 All Saints Church is a Grade II listed building with parts dating back to 12th century. Before the dissolution, All Saints was associated with the society of the Kalendaries, who built a public library here. 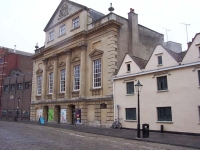 Work commenced on the construction of The Theatre Royal, Bristol (home of ‘The Bristol Old Vic’ theatre company) in 1764 and the first performance was held there on 30th May 1766.  According to a 2002 Bristol Evening News article; ‘the old Bristol theatre is reportedly haunted by the ghost of actress Sarah Siddons and her repeat performances at the theatre are the stuff 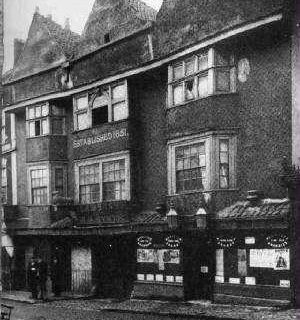 Demolished in 1905, The Lamb Inn became a centre of attention during the 18th century with an investigated and well reported poltergeist like haunting that lasted over a year. The Lamb Inn dated from 1651 and stood between Gloucester Land and Lawford Street. There is I believe nothing remaining of the old building now. 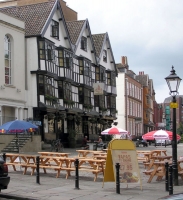 The Llandoger Trow is a fantastic looking building which dates from 1664 and can be found on King Street, across from the Theatre Royal in Bristol. The pub has a long tradition of serving those connected with the arts and the men who worked the sea. It also has a reputation of being haunted.