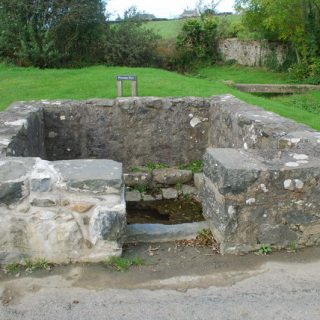 This well can be found on the roadside in the village of Bryncroes. It is on, what was the main pilgrim route to Bardsey Island through the Lleyn Peninsula. Bryncroes was the probably the final stop for pilgrims heading to embark from Aberdaron.