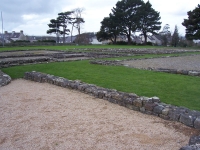 This is the remains of a Roman auxiliary fort, one of the largest, and last to be abandoned by the Romans in North Wales. It was built by Gnaeus Julius Agricola in around 77 AD after his victory over the native tribe, the Ordovices. 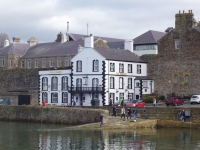 This traditional Welsh inn is a stone’s throw from the magnificent Caernarfon Castle, at the end of Castle Hill road. It overlooks the Menai Straits, and it is allegedly haunted. The building was formerly the Customs House in the 18th Century, and it situated on the site of Caernarfon’s ‘Hanging Tower’ which was the place of execution in the town. 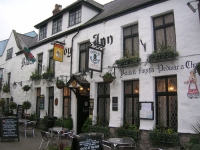 On Northgate Street, in the Royal Borough of Caernarfon, you will find an excellent free house called the Black Boy Inn which is reputedly haunted. When it was built, circa 1522 it consisted of two inns, one the ‘Kings Arms’ and the other the ‘Fleur de Lys’. At some stage, one landlord acquired both buildings and the ‘Black Boy’ as we know it today was created. 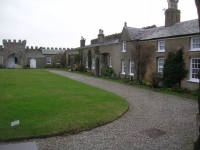 Fort Belan is a Grade I listed building dating from 1775 and was built by Member of Parliament, Sir Thomas Wynn, 1st Baron Newborough (born 1736 – died 12 October 1807), as a defence for the Menai Strait against possible naval aggression during the American War of Independence.