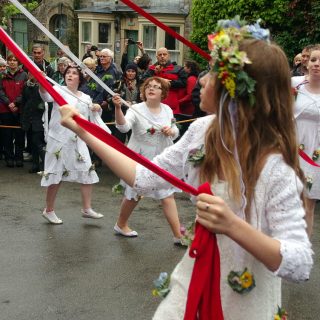 29th May – A Garland King and Lady ride around the parish boundary on white horses. A garland, which is a large cone of flowers, is placed over the king topped with a posy of flowers called the queen. After the tour the garland is placed on the church tower. The ceremony has ancient origins. 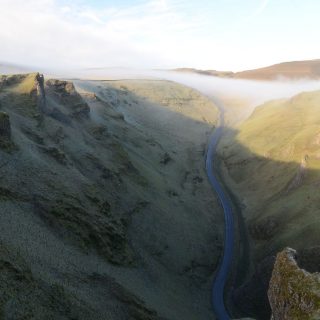 This impressive limestone gorge is said to be haunted by a young couple called Clara and Henry who were murdered whilst eloping.

The pair were ambushed one night in 1758, robbed and killed, their bodies were found years later buried near a barn. Their remains were re-interred in Castleton churchyard. 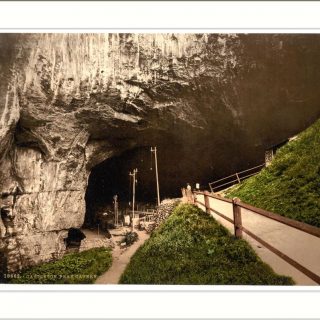 Known charmingly as the Devil’s Arse in past centuries, the cavern has long been seen as an entrance to the otherworld.

Legend tells how during the one winter during the Middle Ages, a swineherd lost one of his sows. 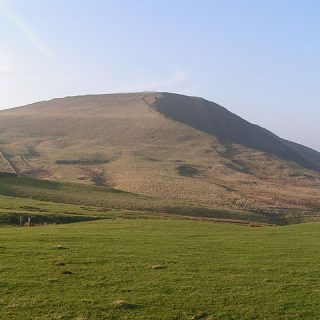 Mam Tor is an Iron Age hill fort standing at over 520 metres above sea level. The fort has defences which cover an area of 1100 metres, consisting of a single rubble bank which is re-enforced in places with dry stone walling. The bank has a ditch on the outside and would probably have been protected by a wooded palisade when occupied. 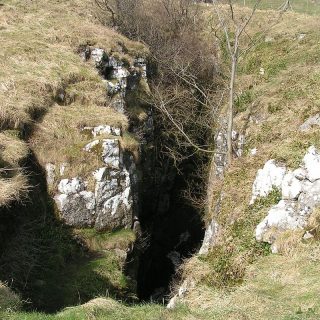 Known as one of the wonders of the Peak, Eldon Hole was once thought to be a bottomless refuge for the Devil. Folklore suggests that a man called Charles Cotton was lowered down the hole in the past on a rope a mile long and still didn’t reach the bottom.

Another man was lowered down and found to be unconscious when he was raised, he died soon afterwards.