The following article by Sam Balls was published in the Essex Chronicle, 1 February 2016. It is entitled ‘Britain’s most haunted house and former medieval prison is up for sale in Essex for £180,000’

Ghost hunters can snap up Britain’s most haunted house after the Essex-based creepy cottage was put on the market for £180,000. 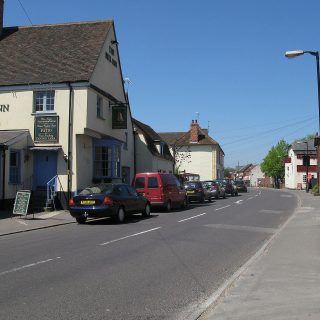 Dating from the 16th century and originally thought to have been a Guild Hall confiscated by King Henry VIII, the Bell Inn is a Grade I listed building with a reputation of being haunted. The following description was published on 13 October 2014 in the Essex Chronicle within an article by Emily Talbut entitled ‘The 14 most haunted places in Essex to visit this Hallowe’en’.

In Chelmsford, 1582, fourteen women from St Osyth were put on trial. The charge was witchcraft. Ten of those women faced charges of ‘bewitching to death’. Seperate skeletons found in St Osyth during 1921 were thought to belong to two of these women, executed as witches.

There is a tradition that a Dragon prowled the area around St Osyth in the 12th Century. According to Sir Richard Baker (born 1568 – died 18 February 1645) ‘In the seventeenth year of his (King Henry II) reign, there was seen at St.

Some wells in Britain are associated with the beheading of their patron saint, examples of which include the case of St Winifred, St Fremund, St Juthware and St Osyth.