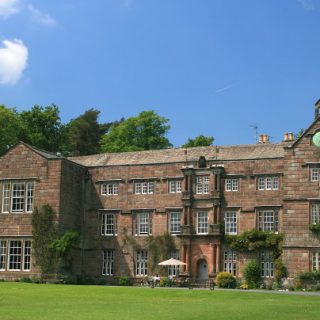 Dating from 1507, Browsholme Hall is a Grade I listed private residence and could be the oldest surviving family home in Lancashire.

The following folktale entitled ‘The Unbidden Guest’ was published in ‘Goblin Tales of Lancashire’ by James Bowker (1878). ‘On a little lane leading from the town of Clitheroe there once lived a noted ‘cunning man,’ to whom all sorts of applications were made, not only by the residents, but also by people from distant places, for the fame of the wizard had spread over the whole country side. 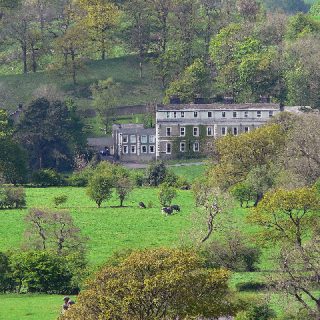 The Grade II listed 17th century Waddow Hall has been owned by the Girl Guides Association since 1928. There is an old folk tradition associated with Waddow Hall and the ghost of Peg O’Nell or Peg o’ th’ Well. The following account of the tradition is extracted from ‘Lancashire Folk-lore’ (1867) by John Harland and T. T. Wilkinson.

Waddington Hall near Clitheroe is one of the locations that sheltered King Henry VI following his defeat at the Battle of Hexham in 1464 and it was shortly after leaving here that his was captured and taken to the Tower of London. The following story entitled ‘The Grey Man of the Wood or The Secret Mine’ appeared in John Roby’s ‘Traditions of Lancashire’ (1872) 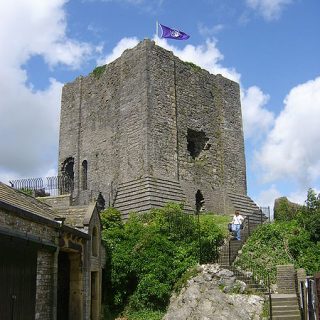 It has been suggested in Roby’s Traditions of Lancashire, that the Motte and Bailey Clitheroe Castle may date back to before 1086, being built by Roger de Poictou (also known as Roger Pictavensis). Roger was a supporter of King William I and was granted 398 Saxon Manors following the Norman invasion of 1066.

‘A History of the County of Lancaster: Volume 6’(1911) mentions that ‘On the road from Clitheroe to Waddington, near Brungerley Bridge, once stood an inn known as the ‘Dule upo’ Dun’, from its sign representing the Devil galloping madly along upon a dun horse.