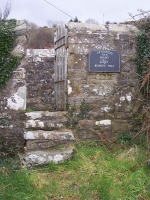 Saint Bueno was born in Powys, and became a missionary who had the protection of the King of Gwynedd, Cadfan. Bueno was awarded the village of Clynnog Fawr where he founded a church in 630.AD. Later the site became a monastery of great importance in Wales, since manuscripts have been found to say that the Abbot of Clynnog was entitled to a seat at the court of the King of Gwynedd. 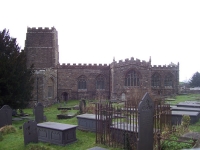 In Clynnog Fawr, the shrine to Saint Bueno is a disproportionately large church for the size of the village, it dominates the area, and it’s probably one of the most important churches in North Wales.