There is an early mention of the house formerly known as Poplars having been haunted. This is included on the website just a piece of historical interest and to add to the geographical mapping of reported activity, old and young. 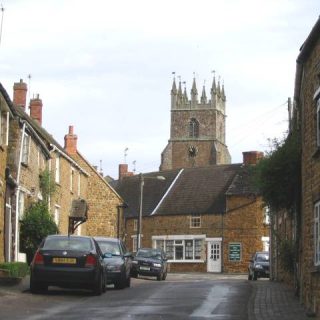 In the 1960’s the vicarage in Deddington was reported to be haunted by the ghost of its former resident, Revd Maurice Frost.