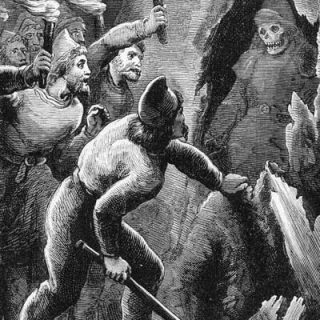 A tree known as Derwen Ceubren yr Ellyl (hollow tree of the demons/spirits) used to stand in Nannau Park and it had a reputation of being haunted and evil, for this is the tree in which Owain Glyndwr was, according to legend, supposed to have hidden the body of his cousin Hywel Sele, 8th Lord of Nannau after he had killed him in 1404. 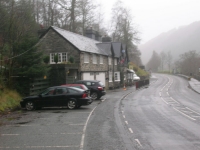 The Tyn-y-Groes Hotel is an old drovers inn dating the sixteenth century. I found a reference in a Snowdonia walking book stating strange haunting like phenomena was supposed to have been reported shortly after a young girl was run down in a traffic accident on the A470, just outside the building.

This holy mountain has a rock seat called ‘The Seat of Prince Idris’. It is said that anyone who spends the night alone on the mountain will either die, become insane or become a poet.

The seat of Prince Idris is also known as the Chair of Idris, and was named after a giant who was said to view the heavens from this lofty point.