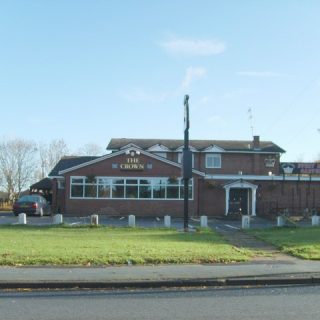 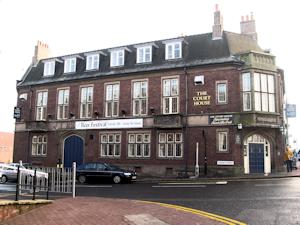 The Courthouse is situated in one of the most haunted areas of Dudley. Much of the activity here is auditory with noises coming from the cellar when there has been no one down there. The names of staff are often called coming from the room upstairs again when there is nobody up there.

The Shrewsbury Arms is haunted by a seemingly benign chap nicknamed Old Joe. He is a figure in a cloth cap who has been seen in the cellar and walking around the bar after the pub is closed. He has been seen by a number of people over the years but there is no clue as to why he is associated with the pub.

The Old Priory is haunted by a lady who walks the pub mainly at night. She has been heard by staff staying at the pub walking up and down the corridor outside their bedroom doors. Who she is or why she haunts the pub is unknown.

At least three ghosts are said to haunt the Old Bulls Head Inn. Whether any of them is responsible for the poltergeist type activity here no one knows. Objects disappear and reappear again in strange places. On one occasion a book from the bookcase was left open on the table even though nobody had touched it.

The Miners Arms has played host to a few strange experiences. A figure has been seen a few times in the pub who simply disappears when he is spotted. He has been known to approach the bar as if to order a drink and then simply vanish. 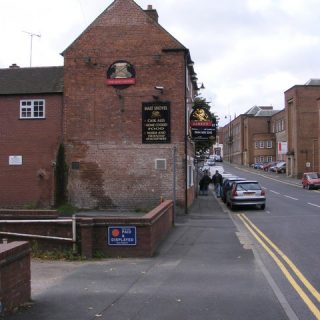 The Malt Shovel is situated in one of the most haunted areas of Dudley. One of the ghosts here is called the Blue Boy and is only seen in the upstairs windows of the pub usually as an indistinct, misty form.

Another of the apparitions is a small person who walks in accompanied by a black dog. When staff go to look where they have gone they are nowhere to be seen.

The Woodman has been subject to continued poltergeist activity over the years. In the upstairs kitchen all the plates were smashed except one which was left in the middle of the floor. A large key went missing only to reappear the following day in the middle of a bed which had only just been made.