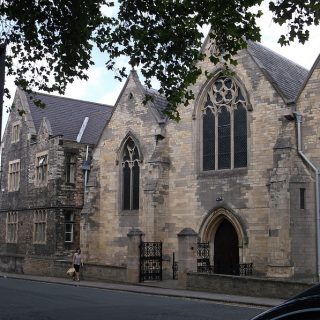 On George Street stands the Roman Catholic Church of St George, across from the site of an earlier 16th century St George’s Church which fell into ruin. With the graveyard (which still survives) of this original St George’s was thought to be buried Richard "Dick" Turpin (Died 7 April 1739).