3rd or 4th Monday in August – Once said to have been celebrated with hilltop fires, the festival is now associated with Mary Queen of Scots. A Queen is voted from the local Irvine girls and a parade goes through the town along with other events.

The area around Prestwick has been the focus of a number of UFO sightings.  Triangular shaped craft were seen by numerous witnesses during 1997, and several sightings were reported to the Air Traffic 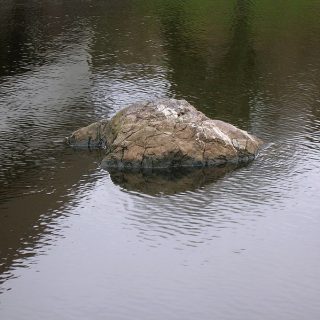 The squat black rock, which sits in the river Irvine below the modern Rivergate shopping centre, is once thought to have belonged to a stone circle.