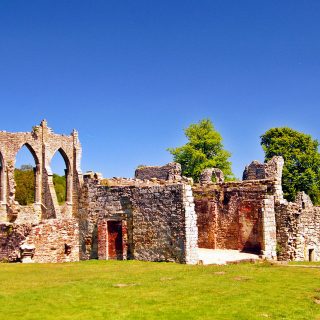 Established in 1207, Bayham, a Premonstratensian abbey was created from two floundering monastic sites at Otham and Brockley. It was built from local sandstone and being right on the border between Kent and Sussex, Bayham had a gate in each county. 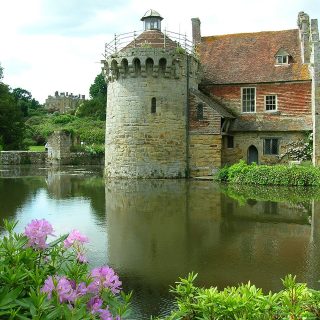 The castle is reputedly haunted by a revenue collector that was killed and then had his body thrown into the moat. He supposedly haunts Scotney seeking revenge on Arthur Darrell, once owner of the castle and the poor mans murderer.