There is an old story concerning the ghost of Dorothy Durant who was said to haunt a field at Botathen (Botathan, Botaden)in the 17th century. The following account appeared in The Haunted Homes and Family Traditions of Great Britain (1897) by John Ingram who in turn took it from the History of Cornwall by Hitchins and Drew (1824). 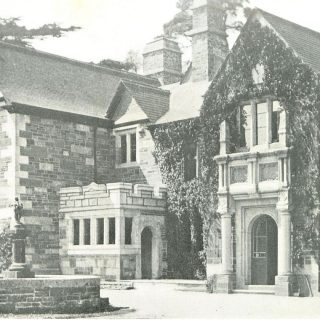 Lew House (now a luxury Hotel) is said to be haunted by a white lady, a ghost of a widow of one of the Squires of Lewtrenchard.

Directions:
On the old A30, between Okehampton and Launceston.

Although this tale is very old, dating from 1665, the year of the great plague, and the year before the Great Fire of London, it is interesting because the person who performed the alleged exorcism recorded the events, and there were a number of witnesses. Although the exorcism was said to be a success her spirit is still said to wander in the local environs.