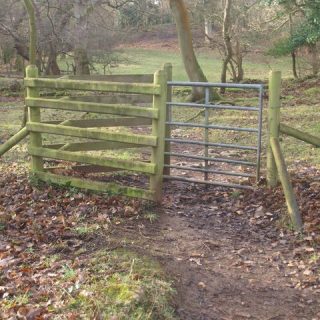 The following extract concerning a ghost in Gloddaeth Wood (now Coed Gaer) appeared in ‘Welsh folk-lore: a collection of the folk-tales and legends of North Wales’ (1887) by Owen Elias. He obtained the story from Rev. Owen Jones of Pentrevoelas who was had received a first hand account from Thomas Davies of Tycoch, Rhyl, who appears in the tale.

The following account entitled ‘The Devil’s Tree by Eglwys Rhos’ appeared in Elias Owen’s ‘Welsh Folk-lore’ (1887). ‘At the corner of the first turning after passing the village of Llanrhos*, on the left hand side, is a withered oak tree, called by the natives of those parts the Devil’s Tree, and it was thought to be haunted, and therefore the young and timid were afraid to pass it

This spring on the Great Orme is a water source that doesn’t seem to dry up, even in the driest weather. There is a story associated with the well, which tells of its mysterious formation. Many years ago, the Powell family lived in a dwelling close to where the well is now situated. 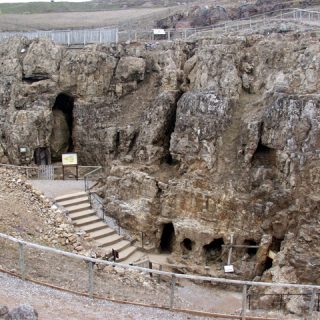 The Copper Mines of the Great Orme

The Great Orme officially has ‘The Largest Prehistoric Copper Mines in the World’ according to the Guinness World Records team. There are more than five miles of tunnels and passageways that have been explored so far. The mining began in the Bronze Age, about four thousand years ago, when the mining tools included animal bones and stone hammers.

There was once an Iron Age hill fort at this area called Pen Dinas on the Great Orme. Archaeologists have identified the remains of more than fifty hut circles and some degraded defensive ramparts. Pen Dinas is subsidiary peak that juts out of the Great Orme, and it is a good defensive location for a settlement.

This natural spring is situated on flat ground on the northern side of the headland of Great Orme. It is said that it never runs dry, even in times out drought. The water from the well is also said to be beneficial in the development of strong bones and teeth in children. There is an old story linked to this well. 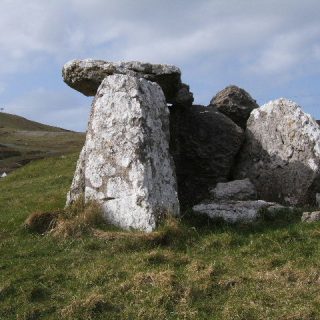 Llety’r Filiast translates into English as "The Lair of the Greyhound Bitch". It is a ruined Neolithic burial chamber situated on the Great Orme. Most of the stone from the cairn has been taken over the years, but it is thought that when it was originally built it would have measured thirty metres long and ten metres wide, and been vaguely egg shaped. 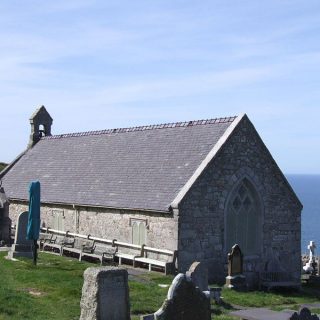