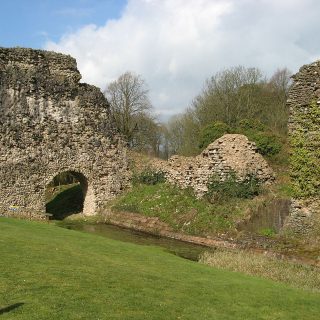 Dating from the 13th century, Lochmaben Castle, which is now a ruin, was built by King Edward I of England (Born 17 June 1239 – Died 7 July 1307) replacing the earlier 12th century Bruce motte and bailey castle. The de Brus or Bruce family, the Lords of Annandale, moved to Lochmaben following the ruination of Annan Castle.

The tower dates from the 15th century, became ruinous in the 19th century, and was later restored in the 1960’s to its present state. The tower was the occupied by the Jardine family until they moved to a nearby mansion.