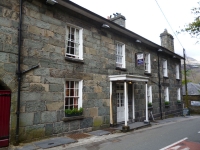 In the village of Maentwrog on the A496, the Grade II listed Grapes Hotel is the local hostel. It was originally a 17th Century coaching inn but its cellar dates from the 13th Century. 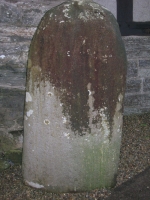 Lying in the Vale of Ffestiniog, alongside the river Dwyryd, is the village of Maentwrog. There is a legend that a giant called Twrog (who died in the year AD610) hurled a stone from a hill top, down into the village and destroyed a pagan altar.