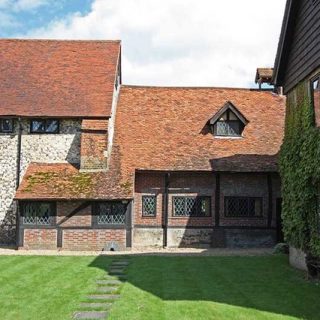 Burnham Abbey was originally a house for Augustinian nuns dating back to 1265. It was surrendered on 19 September 1539 during the Dissolution of the Monasteries and then passed on through private ownership. The Abbey was a farm by 1719 and in 1916 was bought by The Society of the Precious Blood, Augustinian nuns in the Anglican Communion who remain there to this day.