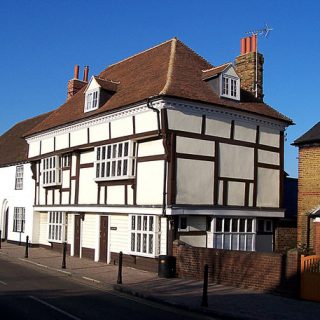 The George public house at 49 High Street is now closed and the building is now a private residence. This old 17th century inn is Grade II listed and had a reputation of being haunted by the ghost of a monk that was blamed for smashing glasses. 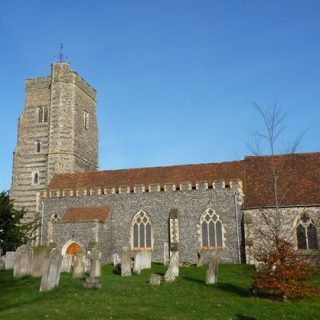 The Grade I listed Church of St Mary the Virgin in Newington possibly dates from as early as 1163 and was built by Richard de Lucy. There is a Devil legend attached to the church relating to a stone that once stood on the corner of Church Lane but was moved to the church entrance in 1936.

Many years ago a nunnery in Newington was the scene of a murder. The abbess was the victim and her staff were to blame. ‘About the end of the eleventh century, it is said, there were certain nuns at the manor of Newington, whose prioress was strangled in bed at night by her cook, and in consequence the King took the manor into his own hands and removed them to Sheppey.

There is a story attached to Nunfield Farm that it is built on the site of an old nunnery/monastery and that a nun was bricked up alive there. This is mentioned as follows in ‘Some Notes on the Road from London to Canterbury in the Middle Ages’ (1898) Edited by Henry Littlehales.