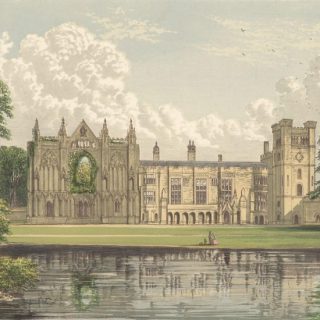 Newstead Abbey is a former Augustinian Priory which was taken over by the Crown during the Dissolution of Monasteries. It later became property of the Barons Byron: the best known member of this family is of course the eccentric and highly gifted George Gordon Byron, 6th Baron Byron (more often known as Lord Byron), but many other colorful characters trampled the Abbey’s lawns.