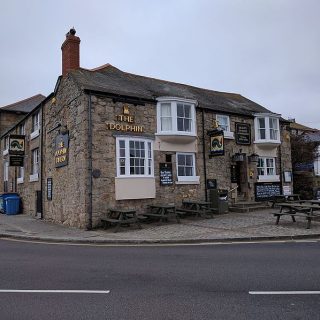 The Dolphin Inn in Penzance has a long and interesting history, reputedly including amongst its visitors Sir Walter Raleigh and Judge Jeffries .

Judge Jeffries the notorious "Hanging Judge" is said to have held court in the dinning room, after the Duke of Monmouth’s rebellion. 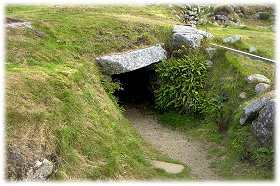 The remains of this Iron Age village dating from around 200BC, houses a 66-foot long fogou. A fogou is an underground passage, completed in stone and covered with earth. They date from the Iron Age period to the Roman occupation.

There is some speculation as to their purpose. Whether they are storage facilities, safe havens from attackers or channels for earth currents is debatable.

One of the most widely known wells in Cornwall, Madron Holy Well is still used, and has been the scene of some miraculous cures in the past. About 100 metres away are the remains of the Madron Well Chapel.

Rags and other objects are left to rot away in the hope of cures, and as votive offerings.

Directions: Northwest of Madron from a footpath