Dating from the late 16th century or early 17th century*, the Grade II listed Minerva is Plymouth’s oldest serving public house. Found at 31 Looe Street, the Minerva was associated with Plymouth’s Press Gangs and many a customer in the 17th century were tricked into service aboard Navy vessels.

In his ‘The Haunted Homes and Family Traditions of Great Britain’ (1897), John Ingram gives the following account of the ghostly carpenters encountered by Mary Anne Hunn, probably around 1791.  ‘Amongst the innumerable multitude of buildings which have the reputation of being haunted, it will be noted that by far the larger number are haunted by strange noises and mysterious sounds only, 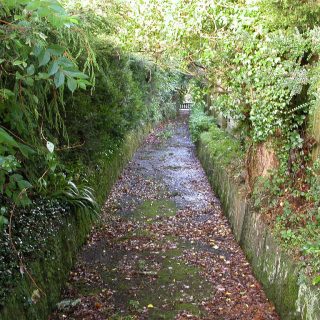