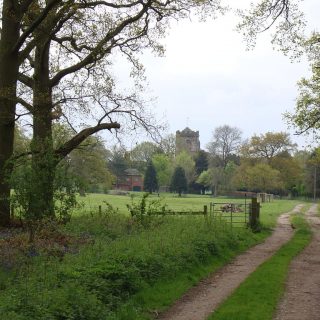 On 21st October 1954 in Ranton, Staffordshire, Jessie Rosenberg, then aged 29, and her two children, witnessed a lens shaped object flying overhead. They also saw two humanoid figures with blond hair staring down at them. They were so scared by the encounter that they hid under a table in their house.

It is reported that they had several psychic experiences afterwards.