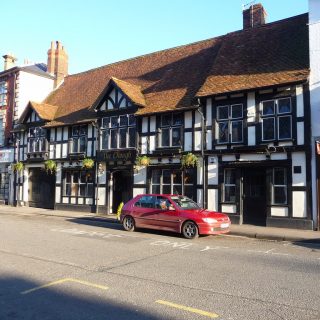 Now Bill’s Salisbury restaurant, the pub at 36 Blue Boar Row prior to 2013 was The Chough. The following description of the haunting at The Chough dates from 24 October 2009 and was published in The Ocelot, an independent entertainment magazine for the Wiltshire, Berkshire and Oxfordshire area.

Patty’s Bottom, a valley near Woodminton is described as being haunted by the tramping of feet and a headless horse as the site was the scene of a bloody battle between the Britons and the Romans.