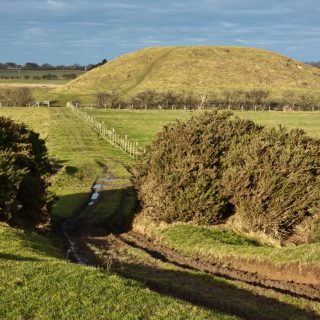 Skipsea Castle dates from around 1086 and was one of the early Norman period Motte and Bailey Castles. The remains of the castle which was destroyed in 1221 when William de Froz II rebelled against King Henry III (born 1 October 1207 – died 16 November 1272) are traditionally thought to be haunted by a white lady, the wife of Drogo de la Bouerer, who founded the castle.