On 7 March 2013 Mike Hallowell published the article below in the Shields Gazette entitled ‘Did Barry have close encounter with a UFO?’ In the article the article he gives Gazzette reader Barry Alton’s account of a UFO he saw in 1966. 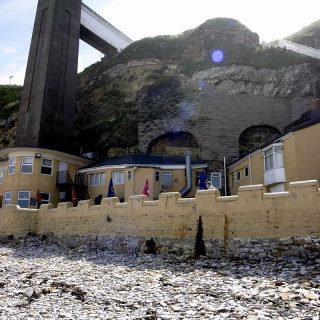 On Thursday 14 June 2012, the following story by Mike Howell entitled ‘High spirits at South Shields pub’ was published in the Shields Gazette. ’THE Marine is no ordinary pub.

The following account of an experience with a phantom aircraft was published in the Shields Gazzette on Wednesday 4 February 2009 in an article entitled ‘Did Dougal see a ghost plane?’

The Lookout Inn stands opposite the partially reconstructed Arbeia Roman Fort which dates from around 120AD and served as a maritime supply base for the garrisons on Hadrian’s Wall. We probably should not be surprised to hear of a Roman ghost haunting The Lookout Inn.

The following article by Mike Hallowell entitled Strange goings-on in ‘Spooky Valley’ was published in the Shields Gazette on 21 February 2013.