Until the middle of the 20th century the villages of the Lincolnshire fens were isolated, insular places. Everyone tended to know everyone else and a stranger in town would be cause for much suspicion and gossip. It was during the early 18th century, that an old fenwoman who lived in the village of Gedney Dyke, became the subject of much gossip and rumour. 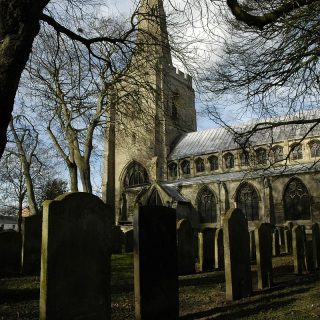 All Saints Church & The Holbeach Gamblers

There were once four men of Holbeach, by the names of Slator, Watson, Barker and Codling who would, in the closing years of the 18th century, would regularly meet at the Chequers Inn in the town. Their heavy drinking was always accompanied by rowdy gambling over the card table, until, one day in 1793, the death of Mr. Codling put and end to their sport.