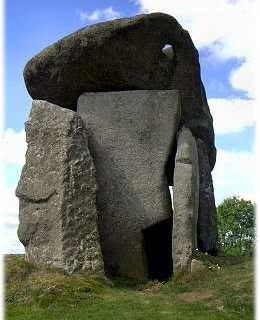 Trevethy Quoit, also known as King Arthur’s Quoit, is one of the more impressive burial chambers in Cornwall. Standing at over 15 feet 4.6 Metres. This cromlech dates from the Bronze Age period. The capstone is pierced by a hole, the purpose of which is unknown. 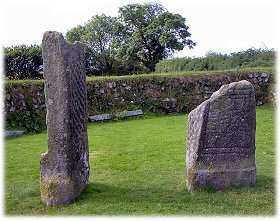 Two granite slabs carved with latin inscriptions and intricate patterns, lie near the edge of Bodmin Moor.The stones are the remains of crosses, and are associated with King Doniert (Durngarth) of Cornwall who drowned in AD 875 in the river Fowey.