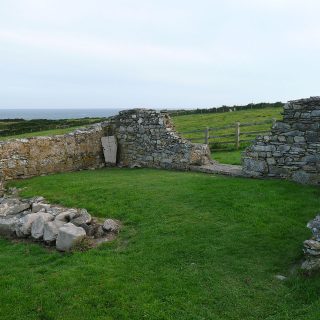 St David’s Peninsula is supposedly the landing place of Twrch Trwyth, the magical boar told in the story of Culhwch and Olwen in the Mabinogion, King Arthur features heavily in the story. It is also the place where St Patrick is said to have sailed for Ireland to convert them to Christianity. 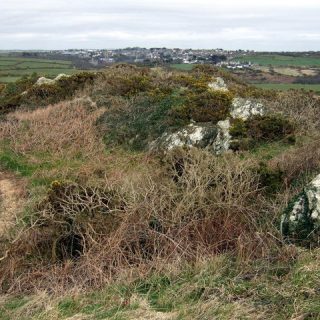 This rocky hilltop was occupied during the Neolithic period around 3800BC, when there were a number of rectangular houses on the summit. During the Iron Age the hill was fortified and served as a hillfort. A rampart, which can still be seen today, was completed around the hill with an entrance towards the Southwest.