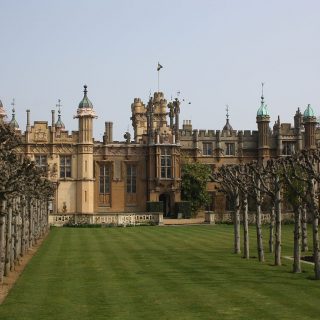 Knebworth has a number of legends and ghost stories, it was home to Sir Bulwer Lytton, the Victorian author with an avid interest in the occult. He was certainly involved with many people who were major players in occult thought from that time, including Eliphas Levi, the famous French Magus who visited Knebworth on several occasions. 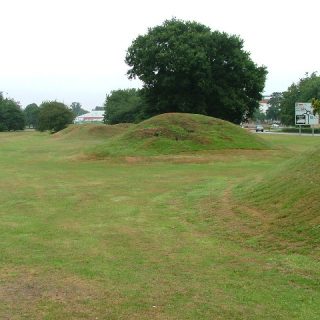 The six hills which occupy prominence in the town are tumuli or Round Barrows dating from the Bronze Age. According to legend the hills are spade fulls of earth taken from Whomerly wood and thrown at the town by a giant (or the Devil) intent on destruction. His last shot went well off mark and knocked the steeple off Gravely Church two miles away. 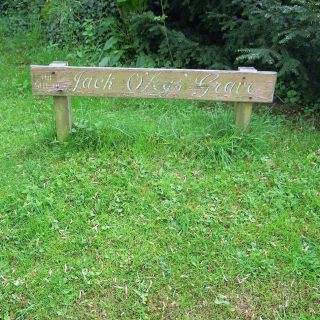 This folktale was kindly brought to our attention by Alma Oakley of Weston in Hertfordshire.

Weston churchyard is reputed to be the final resting place of the Weston Giant: Jack o’ Legs. Two stones mark his grave. One is positioned at his head and another at his feet, a distance of eight feet apart.