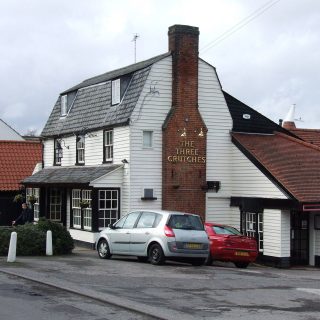 The inhabitants of Strood in Kent were once nicknamed Kentish Longtails. Though this could relate to the belief in medieval mainland Europe that the English had tails, there is a folk tale relating a curse placed on the people of Strood by Thomas Becket, Archbishop of Canterbury.