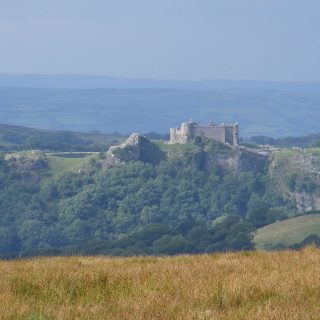 The ruined castle has a wishing well, which had the ability to heal eye and ear disorders. The well is reached via an underground tunnel that leads to a cave. Traditionally one had to leave a pin in its waters and then make the wish. Prehistoric skeletons have also been uncovered from within this cave, and it is likely that it was used in ancient times as a place of reverence.