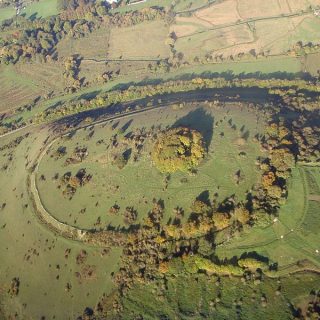 St. Catherine’s Hill is a prominent chalk hill not far from Winchester in Hampshire’s South Downs. The hill appears to have had a significant place in local life since early times, and indeed the remains of an iron age hillfort can still be seen there today, hinting that St. Catherine’s Hill was of military, economic and perhaps spiritual importance. 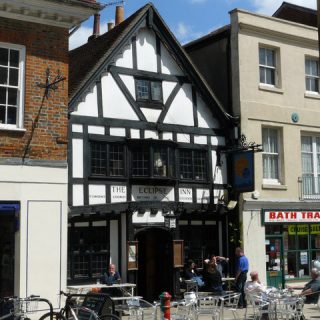 The Eclipse Inn dates from 1540 and over the past centuries the building has had many uses including a rectory, private residence, ale house (around 1750) and from the nineteenth century an Inn.

On 14th November 1976 about 9.00pm near Winchester, Joyce Bowles and Ted Pratt were driving down the A272 when the car started to jolt and shake, and then veered off the road into a grass verge by the roadside. The car was subject to electrical interference as the engine roared, and the lights seemed to be shine brighter than normal. 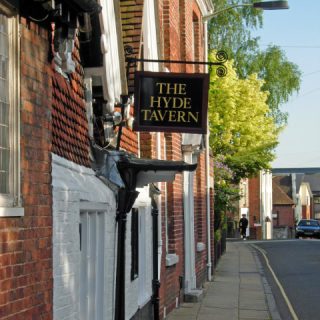 Supposedly the oldest and smallest pub in the city, it is reputed to be haunted by a ghost that pulls the bed clothes off visitors. The ghost is blamed on a woman who is supposed to have died from cold and hunger in the one of the rooms centuries ago.