Officially opened by HRH Prince Andrew on 28th June 1996, the new and renamed Birmingham and Midland Eye Centre on the City Hospital site, replaced the old Birmingham & Midland Eye Hospital, which had been on Church Street since 1884. 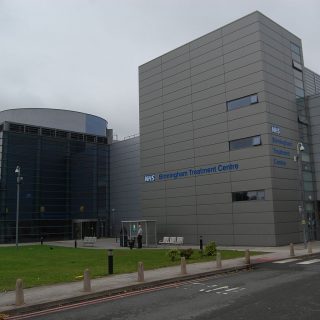 The City Hospital originally opened in 1889 as an extension to the Western Road workhouse and has been known by several names including Birmingham Union Infirmary, Dudley Road Infirmary and Dudley Road Hospital.