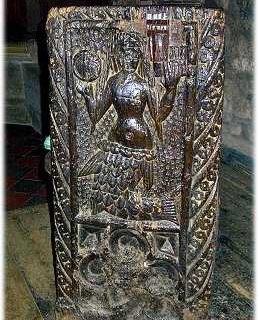 Zennor Church is the home of the Zennor Mermaid, depicted in carvings in Zennor Church. According to legend, Mathew Trewella was a squire’s son who was a gifted singer. One day he was singing by the shore so sweetly that a mermaid was compelled out of the water. Mathew succumbed to her otherworldly charms and was lost forever.