Satan Frightening A Man For Gathering Nuts On Sunday

In his ‘Welsh-folklore’ (1887) Elias Owen tells the following tale related to him by Rev. W. E. Jones, rector of Bylchau, near Denbigh:—

The Devil Appearing To A Dissenting Minister At Denbigh

“The Rev. Mr. Thomas Baddy, who lived in Denbigh Town, and was a Dissenting Minister in that place, went into his study one night, and while he was reading or writing, he heard some one behind him laughing and grinning at him, which made him stop a little—as well indeed it might. 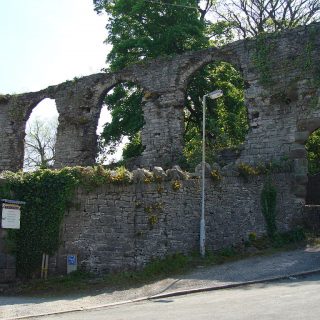 St David’s or Leicester’s Church in Denbigh dates from 1578 – 1579. Intended to be a new Cathedral Church for the St Asaph dioceses it is thought to have been the largest church built in the Elizabethan Age, or would have been if it ad been completed.

In ‘Welsh Folk-lore’ (1887), Elias Owen recounts a conversation concerning a ghost he had with Mr.

The following piece of Ghost lore, which describes poltergeist like activity was given to Elias Owen by a schoolmaster, Mr. 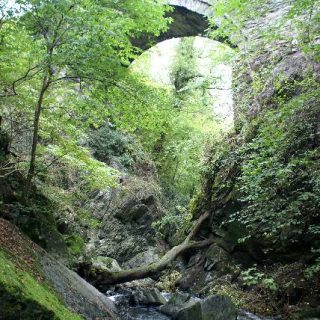 The following account of the Pont-y-Glyn Ghost is given in Elias Owen’s ‘Welsh folk-lore: a collection of the folk-tales and legends of North Wales’ (1887). ‘There is a picturesque glen between Corwen and Cerrig-y-Drudion, down which rushes a mountain stream, and over this stream is a bridge, called Pont-y-Glyn.

Elias Owen gives the following account of a reputed haunting in his ‘Welsh Folk-lore’ (1887). It would be interesting to know whether any reports of an apparition are still made from this area. 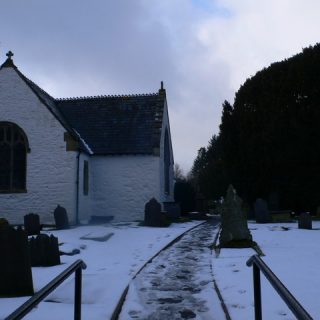 St Digain’s Church in Llangerny has a unique living ancient monument, a male yew tree that is possibly aged 4000 to 5000 years making it one of the oldest living organisms in the world. There is also a tradition associated with the church and All Hallows Eve when a spirit would reputedly announce the names of those about to die from the altar.