This mountain is one of the locations associated with an army of sleeping knights, this time King Arthur and his men, waiting for the call to arms when he is most needed. In old Cumbrian, Blencathra means ‘Devils Peak’

Directions: A footpath leads to the hill from Blencathra Centre. 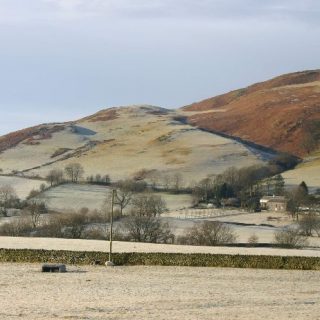 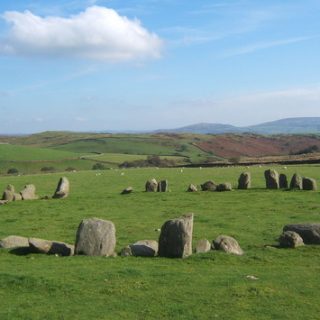 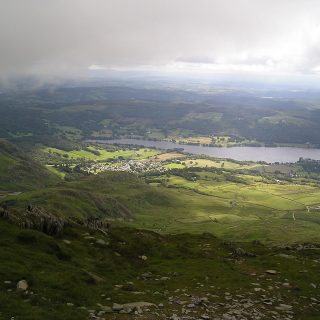 On the 15 February 1954 Stephen Derbyshire, then 14, saw and photographed a UFO on the slopes of the Old Man of Coniston, above Coniston Village. The picture was blurred but the case became a classic of UFO literature of the time. 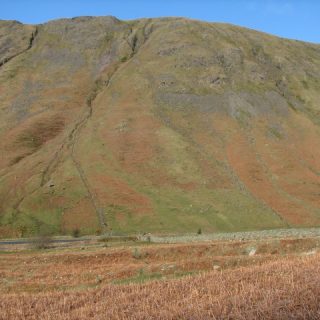 Dunmail Raise was the scene of a bloody battle for control of the lands of Cumbria. The battle took place against King Dunmail, the last King of Cumbria, against the united forces of Malcolm, the King of Scotland and Edmund, a Saxon King. Dunmail was defeated and slain and his sons were mutilated, his men were made to build a stone cairn over the spot where he fell. 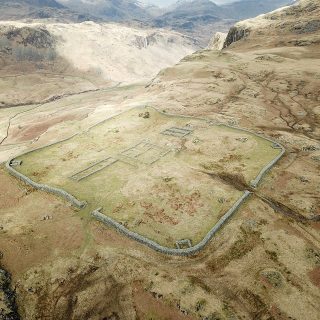 The Roman Fort of Mediobogdvm, above Hardknott Pass, is said to hold a fairy rath where King Eveling holds his court. Hardnott Pass can be found at the end of the Eskdale Valley and is also one of the steepest roads in Cumbria. 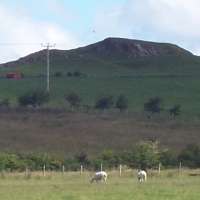 Elva Hill is known as a fairy hill and the name may be derived from an old Viking name meaning place of the elves. A stone circle on its slope suggests ancient ritual use of the area, only 15 stones of the original 30 remain. The circle is on private land belonging to Elva Farm, but there is a nearby footpath. The site is thought to date from Neolithic times.

The site of a fairy home on the banks of Bassenthwaite Lake. 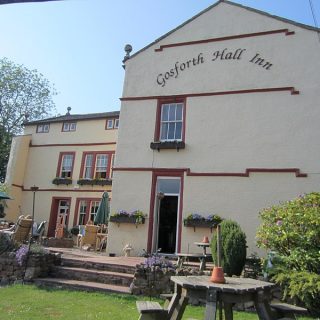 Room 7 (formerly Room 11) of this old building dating back to 1658 is reputedly haunted by a figure some have described as resembling a friar. He sits by the entrance to the ‘priests hole’ which leads from this room to the bar fireplace in the bar below.

There are two Celtic Crosses in Irton Churchyard, one is truly ancient and the other is a copy of the former incorporated into more modern grave. The ancient cross is thought to date from the early ninth century, before the Norsemen invaded the area.