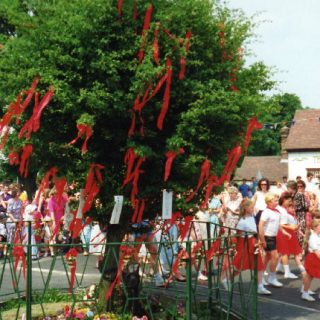 29 June (Late June) – In Appleton Thorn near Warrington a Hawthorn tree in the centre of the village is decorated with ribbons.

The Wizard of Alderley Edge

Alderley Edge may have been a sacred site for many thousands of years; the area is steeped in folklore and legend. King Arthur and his men are said to sleep somewhere beneath the sandstone cliffs, and the area is associated with the wizard Merlin. 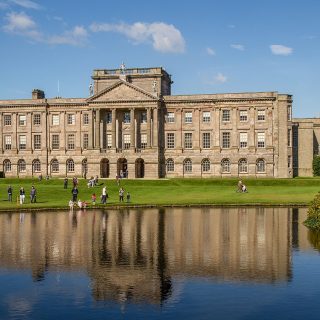 Lyme Park is haunted by a phantom funeral procession with a weeping white clad woman who walks some distance behind. 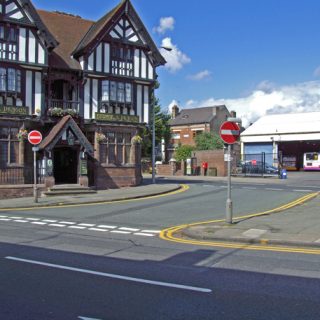 The Inn is said to be haunted by the ghost of a Roman Centurion, and the sound of marching feet. The marching sound can be heard going the length of the first floor which is split into about 14 rooms. The walls don’t seem to impede the foot steps.

The hotel could be built on the site of a Roman cemetery in what was the old Roman city.

A giant is said to have dropped his shoe on the summit of the hill, he was startled by a small animal and fled leaving his shoe behind. The shoe turned to stone over the years and now resembles a huge boulder with a hollowed out face.

Also on the summit of Cloud Hill is a stone outcrop known as the drummer’s knob. 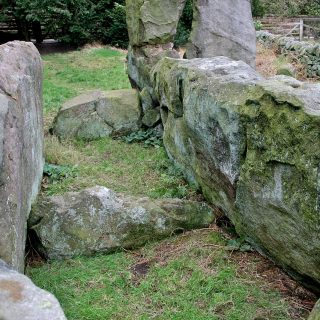 This Long Barrow standing on Congleton Edge, is thought to date from around 3000BC during the Mid Neolithic period. The barrow is aligned East to West and contains a chamber in the Eastern end. Excavated during the 18th century much of the covering mound was destroyed along with 2 other chambers. 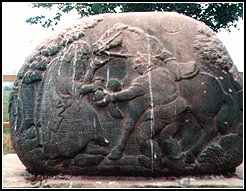 Alderley Edge has been a sacred site for many thousands of years and has many legends attached to it. King Arthur and his men are said to sleep somewhere beneath the sandstone cliffs.

James Cook reported that he had spent two days on a UFO that he climbed on board on a hill outside Runcorn in Cheshire on 7th September 1957.