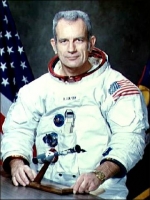 On 13 June 1993 in the skies above John Wayne Airport in Orange County a small red distinctive racing aircraft identified as belonging to astronaut Donald Slayton triggered automatic noise monitoring systems which led him being sent a noise violation warning letter.

On 6 July 2009, The Sun reported on a strange image caught on video at Neverland (formerly Sycamore Valley Ranch), the private home of Michael Jackson who died of cardiac arrest on Thursday 25 June 2009, aged 50 years.  The 2676 acre Neverland was bought by Michael Jackson from William Bone in 1988 and became his own private amusement park, named after the isla