The following I was told near Xiangshawan Gorge in the Gobi desert. The guides seemed to genuinely believe this tale rather than treating it as a legend. The Mongol people of Mongolia and northern China are tough. They are skilled archers, hunters and wrestlers. They also among the most famous horsemen in the world, learning to ride almost as soon as they can walk. 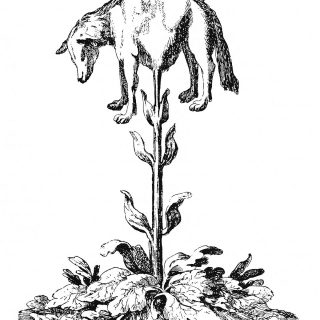 When I was told this story just outside Ordos City, the guides certainly didn’t believe the tale. They seemed to take a kind of smug satisfaction that the western explorers who took this legend back to Europe came to such a ridiculous conclusion. I think it could possibly been a medieval Chinese/Mongol equivalent to the Scottish "Wild Haggis" story often told to mislead tourists!