‘At the head of the charming valley of Eskdale stands the interesting little church dedicated to St. Catharine. Just outside the churchyard wall is St. Catharine’s Well. In olden times, on the feast-day of...

To the north of the church (St Catharine’s) is a rock called Bell Hill, where the chapel bell is said to have been hung. It is more likely a relic of the old fire-worship...

Hen Howe (or Henhow or Hen How) is now a ruin, but John Ingram included the following story of its apparent haunting in his 1897 book ‘The Haunted Homes and Family Traditions of Great Britain’ 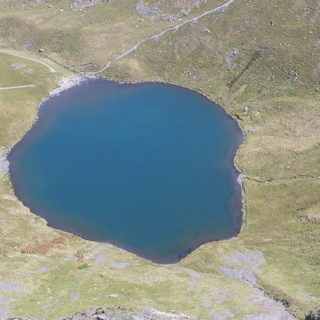 Scales Tarn can be found below Tarn Crags and Sharp Edge on Blencathra (Saddlebeck). It has a local tradition of being bottomless and its position was thought to be so overshadowed that sunlight would never reach it. 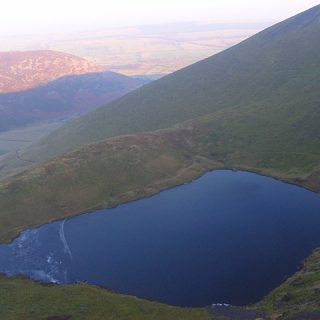 Bowscale Tarn is 56 feet deep and during the Victorian era was popular with tourists. According to folklore two immortal fish live in this corrie tarn and depending upon which version of the story you read, they may, or may not have the ability to talk. 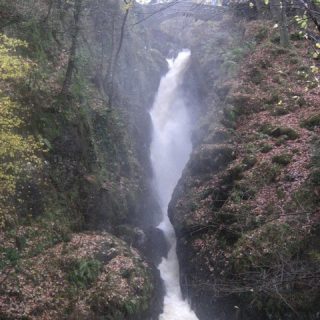 Aira Force on the A592, 3 miles from Glenridding, is probably one of the best know waterfalls in the Lake District, especially after appearing in three of William Wordworths poems. The name derives from the Norse word for waterfall, ‘fors’, and Aira Force is where the Aira Beck plummets 66 foot down toward Ullswater. 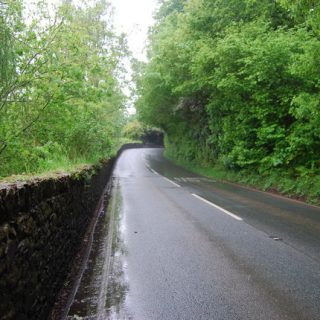 A595 and The Muncaster Boggle

The A595 road running past Muncaster Castle has a long tradition of being haunted by the ghost of Mary Bragg and this case is currently being investigated by the same research team (headed by Dr Jason Braithwaite) looking into the castle’s own hauntings.

The Somnambulist by William Wordsworth

List, ye who pass by Lyulphs Tower
At eve; how softly then
Doth Aira-force, that torrent hoarse.
Speak from the woody glen!
Fit music for a solemn vale!
And holier seems the ground
To him who catches on the gale
The spirit of a mournful tale,
Embodied in the sound. 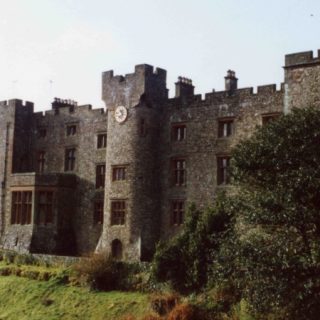 I would have to say Muncaster Castle IS haunted. It has been the subject of a long term scientific study headed by Dr Jason Braithwaite and, I have been closely involved with the case throughout its 20 years+ history.

Around 450AD St Patrick, patron saint of Ireland is supposed to have preached on the banks of Ullswater in Cumbria. The whole Patterdale area is named after him. In Glenridding a Holy Well dedicated to St Patrick can still be found roughly one mile outside of the village of Glenridding.