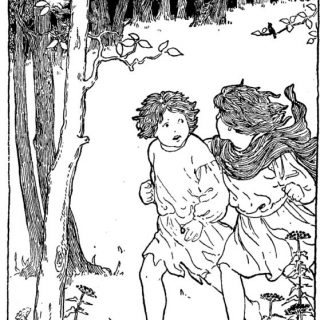 Somewhere, I cannot tell you exactly where, but certainly in vast Russia, there lived a peasant with his wife and they had twins—son and daughter. One day the wife died and the husband mourned...

Once upon a time a merchant’s son had too much fun spending money, and the day came when he saw himself ruined; he had nothing to eat, nothing to drink. He took a shovel...

In 1996 a man named Borovikov was diving in the Anapa region of the Black Sea hunting sharks. Whilst he was eight meters deep he had a strange encounter with a mermaid type creature. In his article UFOs in the Soviet Waters, Paul Stonehill described the encounter. ‘He saw giant beings rising up from below. They were milky-white, but with humanoid faces, and something like fish tails.