The following description by Wirt Sikes of Newton Nottage’s well was published in his ‘British Goblins’ (1881).  ‘At Newton Nottage, Glamorganshire, a holy well called Sanford s is so situated that the water is regulated in the well by the ocean tides. 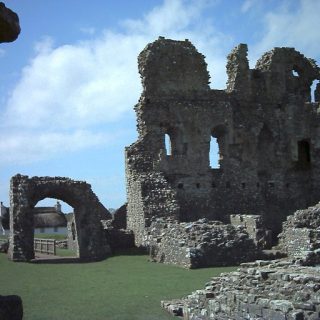 A ghostly White Lady is supposed to have killed a greedy treasure seeker in these ruins. On his first visit he had encountered the ghost and tried to speak to her for which he was rewarded a few coins from the treasure she guards. He made a return visit to alleviate her of the burden of looking after so much treasure, but was caught by the White Lady who scratched him.