Nothing now remains of Wherwell Priory and a Manor House now stands in its place. The priory was founded by Queen Elfrida, widow of King Edgar the Peaceful circa 986AD. 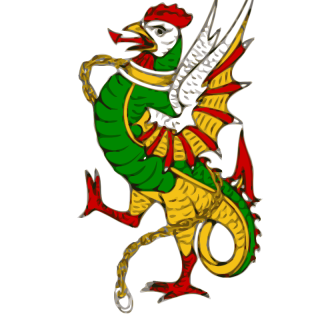 A Cockatrice was supposedly killed here when the peat in which it was hiding were set on fire. It had, according to local tradition been found whilst still in its egg. A woman had got her hen to sit on the egg until it hatched. Unfortunately when it hatched it ate the hen’s chicks then ran off.